The only thing that is permanent on this Earth is change and nothing changes as time does. If it is your day then you will be the one person to win the jackpot among a hundred people, but if it’s not, then you will be the only person to not win the jackpot among the hundred. Thomas A. Edison said, “Most people miss Opportunity because it is dressed in overalls and looks like work”. Opportunities will not knock on the door every day, but when they do, you have to be ready to deliver. It doesn’t matter how many failures you face and how many rejections you address all that matters is how you deliver when an opportunity is given to you, and the thing about opportunity is it comes uninvited. Most people face rejections and failures in life because they wait for the opportunity to be visible to the naked eye, and then they start the planning and the practice and by the time they are ready to deliver, the opportunity is lost. Success doesn’t care about the wintry morning in the cold winters or the dehydrated souls in the hot summers; all that matters is how you deliver when the opportunity strikes. Opportunity knocks at the strangest of times; it’s not the time that matters but how you answer the door. 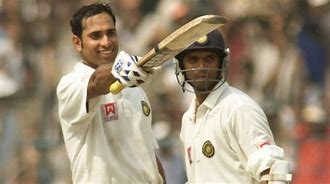 One of the greatest comebacks in Test Cricket history happened during one of those strange times when an ordinary cricketer seized an extraordinary opportunity. VVS Laxman is called Australia’s nemesis for a reason. Up to March 13, 2001, VVS Laxman averaged only 28 runs per match in Test cricket and was not in his best form. He never got an opportunity to prove his worth in the Indian Cricket team, but he knew that when the opportunity finally knocked on his door he will then be ready to deliver. Till that point of time, the Kangaroos were unstoppable under Steve Waugh with a batting line-up capable of humiliating any team and a bowling squad which was every batsman’s nightmare. India was one down in the series after the first test and they arrived in Kolkata to level the series. Australia batted first and they scored a mammoth 445 Runs. At the end of day 3, India scored 254 runs for the loss of 4 wickets in the second innings (171 in the first innings) facing the follow-on imposed by the Australian Team. It was just a matter of time on the fourth day, and another series win for Australia was clearly predictable. As Brian Tracy said, “Winners make a habit of manufacturing their own positive expectations in advance of the event.”

The opportunity Laxman was waiting for in a long time has finally arrived and he grabbed it with both hands. There is an old saying “Time and Tide wait for none.” But, if your will to achieve and determination to succeed is strong enough, then universe gives pause to its chores and witnesses the history in making. At the end of the fourth day, India score was 589 runs for the loss of 4 wickets and they did not even lose one wicket on that day with Laxman scoring 281 and Rahul Dravid not out on 155, and India ended the test match with a win. The Indian Team went to Chennai after that and won the third test, clinching the series 2 to 1. Most pundits say that the Kolkata test was the witness that Australia’s reign in world cricket was coming to an end and that was caused by an ordinary cricketer who seized an extraordinary opportunity. As Edmund Hillary said “Winners do not decide to become extraordinary. They decide to accomplish extraordinary things.” 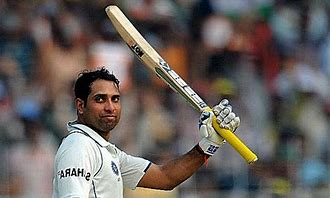 Laxman had the talent, the skill and the precision that an extraordinary batsman should have, but he lacked the opportunity to prove those qualities. But, he didn’t just sit at the door and wait for the opportunity to arrive. Waiting for the opportunity does not bring success, but grabbing the opportunity when available will. Champions don’t stop at the point of rejection, but they are even more motivated whenever they come across a failure. They don’t come to a conclusion saying “This is it!”, “I am done!” but they get up next morning with more enthusiasm and better determination and start to practice in their respective fields. This incident is a clear example which shows that opportunity knocks on the door rarely.

Fifty years ago, an old doctor was riding his horse-drawn carriage on the roads of a deserted town. He stopped at a small drug store and went through the back door. He saw a young clerk sitting behind the counter and started a conversation. An hour later, he went back to his carriage and pulled out an old-fashioned kettle, a big wooden ladle used for stirring the contents of the kettle and deposited them at the back of the store. The old doctor gave a piece of paper to the clerk which had a secret formula. The clerk gave $500 in exchange, his entire savings for an old kettle and a piece of paper. The young clerk saw an opportunity. The clerk had risked his entire life savings for an IDEA he believed in. No one knew that the old kettle would turn into an Aladdin’s lamp one day.

Today, that old kettle employs thousands of workers worldwide and provides employment opportunities to a lot of men and women every year. That old kettle is the largest consumer of sugar on Earth, boosting the Sugarcane industry. That old kettle is not affected by the recessions, depressions, and downfall of markets. That kettle is responsible for generating millions of income in the marketing industry and is endorsed by Movie stars and Sporting legends all over the world. That kettle satisfies the thirst for millions of people around the globe every day. That day, Asa Candler didn’t buy an old kettle, but he bought an idea and every time you drink a bottle of “COCA-COLA” don’t forget that Candler believed that “Small opportunities are often the beginning of great enterprises”. In the end, successful people don’t always get lucky, they are lucky because their preparation meets opportunity. 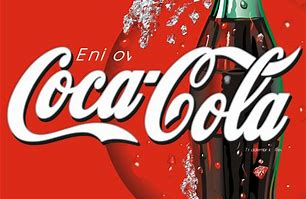